"A vegetarian does not eat any meat, poultry, game, fish, shellfish or crustacea, or the by-products of slaughter"
Vegetarian Society

Snickers bars will soon be a no-go area for vegetarians - the manufacturers are to add rennet to the recipe.  Snickers, along with the rest of its chocolaty brethren in the Mars family - Milky Way, Bounty, Mars bar, Galaxy, Twix and Maltesers among them - has stopped being suitable for vegetarian consumption. The problem is that the source of whey now used in a Snickers bar contains rennet. Nestlé's KitKat, the UK's bestselling chocolate bar, is also unsuitable for vegetarians.
Full article at the Guardian

What follows is an article which came out 5 days later:-

Mars Bars Get Veggie Status Back

Mars has abandoned plans to use animal products in its chocolate, and has apologised to "upset" vegetarians.  The firm had said it would change the whey used in some of its products from a vegetarian source to one with traces of the animal enzyme, rennet.  The Vegetarian Society organised a campaign against the move, asking members to voice their concerns to parent company Masterfoods.

Mars said it became "very clear, very quickly" that it had made a mistake.

In just one week, more than 6,000 people bombarded the company, which produces the Mars, Snickers, Maltesers and Galaxy brands, with phone and e-mail complaints.

Full article on the BBC 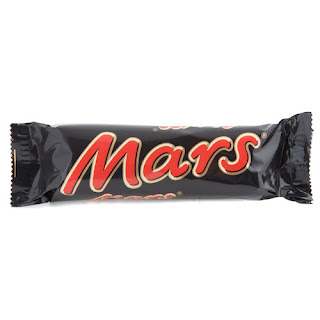 Veggie Meadow
The Middle of Yorkshire, United Kingdom
I live in the middle of Yorkshire in a lovely little town. I have been a vegetarian for 20+ years with a slight relapse at age 17-19. I grew up on a farm in the middle of the countryside and used to love all the animals we had, pigs, sheep, cows and chickens but when I was young I used to think the animals went on holiday, oh how wrong I was! I used to name all the animals and go and see them daily. When I finally figured out what happened to my beloved animals I knew I could never again eat anything that had a face! I am a very adventurous cook and love to try all new vegetarian products that come out, I have made some amazing discoveries which I can’t wait to share with everyone. Crispy duck anyone? I am constantly online looking for new places to shop and reading articles in relation to food, clothing, animal welfare and many more things. This blog is my attempt to share any interesting titbits, articles and advice relating to being veggie and animal friendly.

noun
1.
a person who does not eat or does not believe in eating meat, fish, fowl, or, in some cases, any food derived from animals, as eggs or cheese, but subsists on vegetables, fruits, nuts, grain, etc.