"A vegetarian does not eat any meat, poultry, game, fish, shellfish or crustacea, or the by-products of slaughter"
Vegetarian Society

The Best Destinations for Traveling Vegetarians and Vegans

Experiencing a new place through food is one of the great joys of traveling. But if you're a vegan or vegetarian, you know it can also be a great challenge.


Visit any of these destinations where veggies are the culinary stars if you want to eat like a vegetarian king or queen on your next trip.

Just saw this cute guy online and wanted to share him 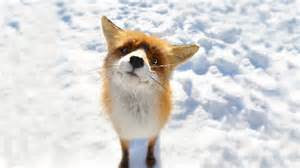 I ordered a veggie sushi box from Ocado, marked as vegetarian, AFTER eating this I noticed one of the ingredients was Parmesan which as you will know is NEVER vegetarian, after complaining to Ocado (who were confused at first) they came back to me and said the manufacturer is allowed to call their cheese Paramesan and said it was vegetarian.

This sounded wrong to me so I contacted the Vegetarian Society and asked for their advice.  They have helped me so much by contacting their experts to confirm all this, its wonderful to know that they have my back when I am only one lonely blogger and they really go all out to help us veggies and vegans :)

Will let you know the outcome when I have heard back from them.

It's impossible to make parmesan without animal rennet, so why do so many restaurants and writers still include the cheese in vegetarian recipes?

While Adele caused a storm last week with a rude gesture, the "V" sign offends me on an almost daily basis.


Until I belatedly discovered the apparently well-known fact that parmesan is made using calf rennet and is unsuitable for vegetarians, I merrily ate platefuls of pesto-drenched pasta with the hard cheese shaved liberally across it, safe in the knowledge that no restaurant would say something was suitable for vegetarians when it wasn't. How wrong I was.

A trawl of veggie web forums reveals heated debates on the subject going back years (Word of Mouth readers brought the subject up again recently in the comments on this post). The message clearly wasn't getting through, though, because in 2010 the Vegetarian Society launched its Say Cheese campaign to help make restaurateurs aware of their error when shaving heaps of the hard stuff over food which they then credit as suitable for vegetarians: diners were encouraged by the charity to leave cards in offending restaurants explaining the mistake.

The next few years could spell more for restaurateurs than disappointed diners, as the terms "vegetarian" and "vegan" will soon have legal status. UK Food Standards Agency labelling guidelines were adopted in principle by the European Union in 2010, and following a five year period for compliance civil suits may be brought against anyone misusing the terms from 2015. Just as a maker of parmesan can bring action against anyone outside the region using the p-word, so could offended diners against clueless chefs. Restaurants, manufacturers and publishers will really have to know their cheeses

Veggie Meadow
The Middle of Yorkshire, United Kingdom
I live in the middle of Yorkshire in a lovely little town. I have been a vegetarian for 20+ years with a slight relapse at age 17-19. I grew up on a farm in the middle of the countryside and used to love all the animals we had, pigs, sheep, cows and chickens but when I was young I used to think the animals went on holiday, oh how wrong I was! I used to name all the animals and go and see them daily. When I finally figured out what happened to my beloved animals I knew I could never again eat anything that had a face! I am a very adventurous cook and love to try all new vegetarian products that come out, I have made some amazing discoveries which I can’t wait to share with everyone. Crispy duck anyone? I am constantly online looking for new places to shop and reading articles in relation to food, clothing, animal welfare and many more things. This blog is my attempt to share any interesting titbits, articles and advice relating to being veggie and animal friendly.

noun
1.
a person who does not eat or does not believe in eating meat, fish, fowl, or, in some cases, any food derived from animals, as eggs or cheese, but subsists on vegetables, fruits, nuts, grain, etc.